Grieving my Own Childhood

Previous Next
Grieving my Own Childhood

This is an anonymous blog about the grief and sadness of losing a childhood because of prohibition. 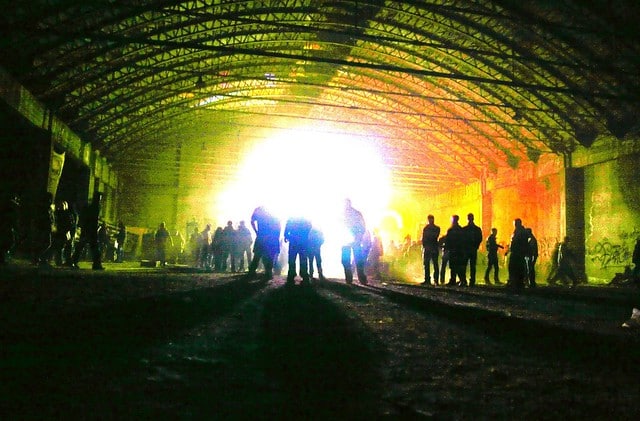 “Only ignorance would lead you to believe that this might not be a reality for your child at some point. Only now the drugs are much stronger and the market is controlled by gangsters who are more brutal than ever.”

I grew up in a small coastal town in West Wales with my father and sister, my mother was always on the peripheral of the picture, having lost a custody battle against my father when I was four years old. To capture my childhood and teens in a short summary I would say that I was given the freedom to explore the world with loose reigns, dad was always struggling to provide financially, albeit he did his utmost best, he would hobble on the side of claiming benefits, once finding a job doing motorway maintenance where he would leave me and my sister at home,  from Monday to Friday, fill up the cupboards and top up the electric and gas and advise us not to answer the door and keep going to school. We were 14 and 15 at the time. Responsible was our middle name but the temptation to mitch off soon gripped us and we were absent a lot of the time. It wasn’t too long before welfare officers would knock on the door and dad would soon have to give up doing the hobbles to make sure we were attending school regularly.

Growing up in the centre of town we were never too far away from something that was going on and became friends with people far older than us, looking back with my adult perception I often wonder if someone might call the next few years of my life one of vulnerabilities as I began to discover the world of illegal drugs and free parties. I took my first ecstasy pill at the age of thirteen, I was at a free party only 5 miles away from my home with people far older than I was, some old enough to be my parents. At the time that was my normality as I’m sure it is for many young people growing up today who will never really know what damage they are doing to themselves until later on in life.

For the next 10 years of my life I was experimenting with drugs almost every weekend, it started with cannabis which was easier to access than alcohol ever was, although we did have a few reputable sources when we were with the older crew who would go and buy us some cider and a ten pack of Mayfair light blue. I discovered amphetamines when I had a boyfriend far older than me who was selling the stuff, again I was exposed to the drug scene behind closed doors where there was a codependency of drug users masking itself as friendships and connection as everyone helps to maintain each others high. I can remember being on a beach after not sleeping for four days and experiencing what I can only say was psychosis and paranoia from the sleep deprivation, I must have been around fourteen years old then.

“It was the blind leading the blind through trial and error not knowing what potency the new patch was- you are your own guinea pig.”

I soon moved on to MDMA which was the drug for me. At the age of 16 I started working in the local Chinese and made friends with a girl one year younger than me. We became good friends and started hitting the party scene hard. At 10pm we would buy a bottle of wine from work and head to the bathroom to swallow an ecstasy pill before roaming the streets high as kites. That part of my life brought with it risky behaviour. I managed to get some fake ID and got into one of the UK’s biggest new years raves at the NEC in Birmingham. Happy in my fluffy boots and next to nothing outfit at the age of 16, I witnessed a man in the rave brandishing a blade. I can remember feeling really scared but never did I link it to the illegal drug market or realise what connection my drugs that I was purchasing inside the venue had to an underworld I was completely oblivious to.

Don’t get me wrong, the party scene is not inherently a bad place, very rarely would you see violence, people were mostly loved up and having a good time, the music was banging and it was a regular adventure tracking down the party listening out for a soundsystem in the distance. It’s a child’s dream to be on this adventure that was always exciting, not knowing if the police would shut the party down but always feeling on top when all they could do was fly over a police helicopter as we would stomp in front of a multi rig in the forest, rarely would they shut it down because they were outnumbered. I do often think back to all the dodgy drives home with drivers who were clearly well over the limit and in no fit state to drive and could have posed a risk to so many innocent people. Many of us in West Wales will always remember one young person in particular who died en route to a free party with three other friends. We all got the news at around 7am in the morning after a night of partying. Anyone who knows the scene they would call this the sketchy hour when your drugs are wearing off and you want to do is magic yourself into your own bed and wake up on Monday morning dodging a comedown.

What I am now questioning years later is why there was and still is so many drugs so widely available for children and young people to get their hands on? How much of the stuff we were taking was adulterated with unknown substances toxic to us? How many times were we so close to the edge with our doses and risking accidental overdose? It was not unusual to hear of someone who had lost their heads and taken too much acid – something that could all but be eradicated if there was a legal control of drugs, instead of them being in the hands of criminals who will only ever have their own financial gain as an interest. Much of my own drug taking experiences has been relatively positive, I’ve felt connected to those around me and I have had a good time. The negative experiences came when I simply took too much. Take the day on the beach for instance, I had been taking grams of amphetamine, nobody once told me what dose to take, it was the blind leading the blind through trial and error not knowing what potency the new patch was, you are your own guinea pig.

“Much of my own drug taking experiences has been relatively positive, I’ve felt connected to those around me and I have had a good time.”

There was the night when another drug dealer in the town rocked up to a house we were all at, claiming to have this super strength drug, he called sonic. He told us we only needed a tiny amount, ⅕ of what we would take of say, mdma. We were all completely off it, listening to music and talking for hours until the light of day. I remember I had gone home and tried to sleep but couldn’t and started to experience hallucinations as I stared out of my bedroom window. My dad got home from his girlfriends and I just hid up in my bedroom, too afraid to tell him about what I was experiencing and hoping it would all go away as soon as id fallen asleep. This must be the reality of so many children and young people today who have been experimenting with drugs unbeknownst to their parents. The illegality, shame and stigma of drug use hinders that chance to have an open and honest conversation between a parent and their child to talk about these experiences. Instead young people are left to navigate through a world of toxicity and are bearing the consequences of undiagnosed mental health issues as a result of their experimentation with illegal substances in their youth.

I am 30 years old now, I no longer drink alcohol or take illegal drugs, mainly because I do not trust what is in them and I am more aware of the impact it can have on my physical and mental health.  I did not know where this blog was taking me, I had initially thought it was going to be an acknowledgement of the sadness to the many losses from accidental overdoses we are experiencing across the UK. Little did I know that what would arise would be my own grief and sadness for the childhood I lost as a result of prohibition. Only ignorance to this topic would lead you to believe that this would not be a possible reality for your child at some point in their life, only now the drugs are much stronger and the market is controlled by gangsters who are more brutal than ever. Legal control and safe regulation could finally put an end to this and we can ensure children are given the opportunity to live out their childhood free from the dangers of the illegal drugs market.