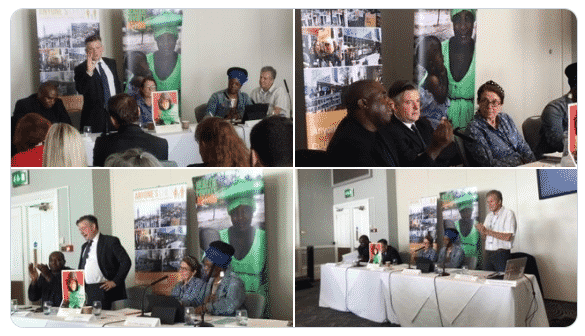 A year ago, following the Labour Party Conference in Liverpool, I wrote a blog for Anyone’s Child entitled ‘Change is Coming’ in response to the encouraging drug policy discussions I saw in the city.

A year on and what has struck so many people involved in the reform movement is just how fast that change appears to be happening. The gathering momentum in reform is not only very exciting in itself but as Labour drug policy activists it’s inspiring to hear senior voices within our own party calling for big shifts in drug policy.

Browsing the conference fringe listings; the first noticeable change from 2018 was how the drug policy events had become more mainstream. Anyone’s Child and Health Poverty Action meetings, which hadn’t made the main fringe listings in Liverpool, were now in central conference venues and featured an impressive range of speakers. Not only were there policy experts and inspiring family members but also high-profile Labour MPs, shadow junior ministers and even shadow frontbenchers.

The key drug policy subject of the conference was the announcement that the next Labour government would launch a royal commission to review current drug policy. Shadow Home Secretary Diane Abbott said;

“We will establish a royal commission to review independently all drugs legislation and policy to address issues of public health.”

Although many in the movement question the mechanism of a royal commission for drug policy review, some claiming the process takes far too long and more immediate measures could be taken, the fact that the issue was being discussed by the front bench is reason for optimism.

Health Poverty Action and Transform hosted an excellent meeting entitled How Can Labour Prioritise Health and Development in its Approach to Drugs? Anyone’s Child family member Pat Hudson spoke eloquently about her son Kevin, who  died of a heroin overdose aged just 32. Kevin died alone in the restroom of a department store, forced to hide his drug use from the public, doctors and police. Pat makes the crucial point that if Kevin had been treated as a patient rather than a criminal, he would not have overdosed that day. Her story is a heart breaking and incredibly powerful reminder of the human cost of prohibition and the criminalisation of already vulnerable users. The criminalisation of drug users has never protected anyone and actually causes enormous harm to those we most need to protect.

If the Labour Party are serious about making drug policy a public health issue, then Shadow Health Secretary Jonathan Ashworth will be the man charged with the task when Labour come to power. Jonathan admitted that the War on Drugs had failed and that a new approach, centred around public health and accounting for the international trade in drugs, was a priority for him. It’s easy to underestimate just what a watershed moment this feels like. For evidence-based, health-driven drug reform to be adopted by the Labour front bench feels incredibly exciting.

Another tangible change in the last year is how many Labour MPs have challenged their own views on prohibition and been willing to listen and adopt a reformist approach. Jon Ashworth himself told a Question Time audience in June 2018 that his father had suffered with alcoholism and as a result he was hesitant to consider drug legalisation. The fact that he has moved so far in just over a year is a credit to himself and the work being done by activists to keep the topic of drug reform at the fore.

“Is it surprising that some countries in the world have literally had their governments toppled by criminals making money from the drug trade? It is absolutely obvious that the War on Drugs is a mammoth, massive failure.”

With LCDPR meetings happening all over the country, Labour members and supporters are giving their views on the current state of drug policy in the UK as well as their ideas for how Labour should reform drug laws. The discussion from all these meetings is being fed back to Lord Falconer and the expert working group, with the express aim of producing policy recommendations for the next Labour government. Sharon Hodgson stands to become a Health Minster in that Labour government and was clear in supporting Jonathan Ashworth’s pledge to take drug policy away from the Home Office and make it a public health issue. There was further encouragement of a radical shift in Labour Party policy with Sharon speaking about the need for progression towards drug consumption rooms and heroin assisted treatment. These are big steps forward from senior party figures that would have been hard to imagine even a few years ago.

I left last year’s Labour conference cautiously optimistic that change was coming. In the year since, the LCDPR has hosted meetings all over the UK and involved hundreds of grassroots members in the discussion around progressive drug policy. The campaign, setup in 2018 by Thangam Debbonaire MP and Jeff Smith MP, has also provided a safe space for Labour politicians to discuss drugs, challenge their views around prohibition and explore alternatives to the status quo. Couple that with the tireless campaigning from groups like Transform, Anyone’s Child, Health Poverty Action, LEAP, and countless others and the mood in the movement is incredibly positive. With a new, progressive Labour government closer than ever; I come away from this year’s conference feeling that change may very soon be here.