How to overcome your brother’s death when he was using heroin and you are the chief of police: an interview with Peter Muyshondt

This blog is an interview with Anyone’s Child: Belgium founder, Peter Muyshondt, originally published in Revista Cáñamo España. In this interview Peter discusses the drug war, international politics, what happens in the streets and his own personal story, where all of the above come together. 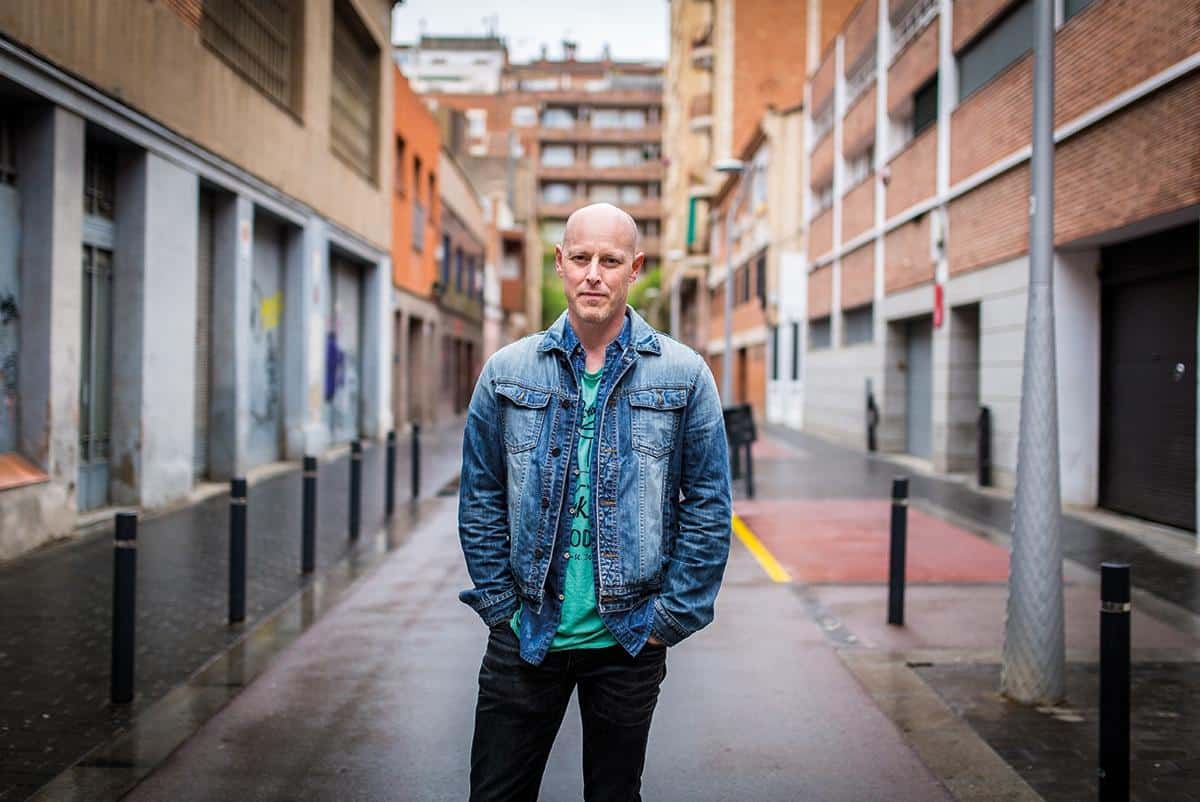 You are part of the LEAP [Law Enforcement Against Prohibition] and Anyone’s Child: what can you tell us about these organisations?

Anyone’s Child is formed of people who have lost someone because of the drug war. A child, a parent, a work colleague, a friend… We have all lost someone close as a direct consequence of the current drug policies. The same is true for LEAP. For example, the partner of LEAP’s current president Neil Franklin was shot in the head. This made him think. Are our drug policies good? Would getting arrested help a user? I don’t think so. Ninety per cent of people who take drugs have never had problems with substance abuse, and what we are doing nowadays is not the best way to help the remaining ten per cent.

You are in favour of the legal regulation of all drugs and you have said that a “war” against them is based on ideology and morality instead of arguments. You also argue that drugs are dangerous, but that this is exactly why they need to be regulated: how did you feel while being a police officer in 1995, when you were convinced that prohibition was fair? And how do you feel now?

I didn’t question anything at that time, I just did it. My brother was using drugs, I knew it, but it wasn’t problematic. When he died… It opened my eyes, and so I started to think. The day before that we were all hoping he would quit and start a normal life, which was completely naïve. But when he died… It was irreversible. Bang! Straight in the face. He’s dead. There’s no turning back. So, I started to read and think about what we were doing. Persecution was not working, and even the police were worsening the problem with how we treated drug users. I have been to UNGASS [United Nations General Assembly Special Session] in New York and to sessions of the CND [Commission on Narcotic Drugs] in Vienna twice and ninety per cent of the cases talk about the police. There is always a story about how they have treated people, of abuses, of how they have arrested someone. At the CND there was a guy from Indonesia who got shot in the leg, he showed me the wound. Being a police officer is what I do for a living. But when I think of the Philippines and see the police shooting at people because they use drugs, I feel ashamed. I feel shame from being in the police and being part of this type of organisation when I listen to these stories.

Police work should be oriented towards social justice

The things that are happening in the Philippines and Indonesia… How is this possible? How is it possible that police are genuinely going for street people in that way? Those people are imprisoned, beaten, shot in the legs in order to get information. This is the organisation that I represent? At LEAP we don’t want to be associated with this kind of behaviour. We believe that police work should be oriented towards social justice, towards human equality. We need to protect and serve everybody, not just rich white people. It’s terrible that the police persecute predetermined social groups.

This is precisely what I wanted to ask you: what are the main differences that you encounter in the streets in Belgium and in the CND in Vienna, for example?

When I visit the streets I used to see my brother in, I see the same people that were there when my brother was still alive: it is a completely different world from the UN. People on the streets know what the world of drugs is about; many politicians and police officers do not. Many don’t have a clue what happens with the people. Many lack the necessary empathy to understand why people use drugs – it’s total hypocrisy. Using drugs is something that people do to feel good or to feel less bad – but there needn’t be any victims, theft, or murders. You are using a substance to enjoy, to relax or for what you please. Why convert it into a crime? It’s stupid.

Do you think there are any professions which are especially important to convince in order to spread a different type of message to the population?

“You can bring a horse to water, but you cannot force him to drink it”. What we are trying to do by spreading our message is to reach out to the wider audience. In it are firefighters, the military, the police, the politicians… But, personally, I am trying to convince people like you and me, normal people, and you only need five minutes of their time for them to see that current politics do not work. It is not that hard when you talk about regulation of tobacco, alcohol or legal medication and link it with cannabis, MDMA, cocaine or anything else. If you make this sensible parallel people agree with you. On the other hand, two hundred and forty-seven million people have taken drugs since 2015 according to the UNODC [United Nations Office on Drugs and Crime]: this is not a small group. I am currently writing a book, the second one, and a lot of the people that I interview use drugs, normal people with families and jobs. If we started with the facts, and discussed it based on the evidence, there would be totally different politics, everyone would realise that what we are doing is stupid. Are we seriously waiting for a “drug free world”? Let’s stop this: there will never be a world free of drugs.

there will never be a world free of drugs

I wanted to ask you a few questions about your brother: what contradictions did you have to face between your role as a police officer and as a brother?

I used to have many conflicts when my brother was alive: he was a criminal and I was a very convinced police officer. The first book I wrote had a question and two characters. On the one hand was me, the police officer, the good guy of the movie: a family man, studying, having a career. On the other hand was my brother, who did not have a family and was constantly getting high. The question was: who do you respect more? It would be easy to say: “I respect Peter, he is the good guy”. But at the end of the book it is not that simple. This was the objective. Although my brother is a dead “junkie”, the way in which he faced his life is my motor, my motivation, my fire. Looking back on it I am not very proud of myself, but he deserves the work I do now, and not just my brother, but all the people that use drugs and face many problems that the police and the justice system are only worsening.

In a video you mention what you used to tell your brother: “you take drugs, not me, no one forces you to do so” as if you were holding him accountable. What has been your relationship with guilt over the years? Do you blame your brother the most, yourself or drug policies?

This is difficult… At that time I was convinced that “tough love” was a good strategy. I hoped he would get clean, and when he would relapse I put distance between us, I closed the door a little more thinking it would be helpful. I thought: “if he is working on his problem this will motivate him to continue on the right steps”. Now I don’t believe in it, but it was so difficult to see in the moment… My brother, at a certain time in his addiction, started getting a bit violent and stealing a lot when my parents did not want to give him money for cocaine or heroin. He could not live at home anymore, it was intolerable for my parents. After that he lived in the streets. Meanwhile, we were living in a house with a pool. I don’t believe in these tough love stories anymore. Some people will say: “that’s easy for you to say, you have been there and now your brother is dead”. But it is precisely why I am trying to make my experience useful to other people…. It would have been very easy to blame everything on my brother or drugs. Was my brother getting help while he was secluded in prison? No, but that does not mean he did not hold a good part of responsibility. Other questions need to be asked. When we talk about healthcare or drug treatment in Belgium people need to know we are also talking about an industry. There are therapeutic communities that prescribe abstinence, harm reduction is limited to needle exchange, methadone, etc. But if my brother had been Swiss, he would have been given a heroin assisted treatment (prescription heroin), he could have had a normal life, he could have gone to work. I blame the drug policies. Drugs are plants. Cannabis is a plant, cocaine comes from the coca leaf. I suppose we are fighting against… Plants? With eating disorders you do not blame the food, with gambling addictions you do not blame the deck of cards: it is your behaviour that needs attention. And even so I also blame myself; I was his brother. On the other hand, we had a sister with a mental illness. She was diagnosed at nine years old with schizophrenia and borderline personality disorder. We weren’t a happy and comfortable family. I was able to escape to the military service when I turned fifteen and I never returned home, but my brother could not escape. Perhaps he started using drugs to avoid the problems at home. I should have been much more present in his life; I am pretty sure he would have lived longer.

To know more about this topic, please read Peter’s story to see why he supports legal regulation of all drugs.

This interview was originally published in Revista Cáñamo España.