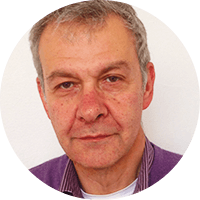 In modern parlance, my dear middle son Joe (I’ve had to change his name for reasons that will become apparent) could be called “troubled”. He was always a “wild child” but became steadily more chaotic as he entered his teens. We tried child psychologists, numerous changes of schools, but nothing worked. It just became worse. Eventually it became clear that Joe suffered from some chronic mental disorder, initially diagnosed as schizophrenia.

For a while, he achieved some sort of equilibrium under the case of his local Community Mental Health Team, receiving depot injections every couple of weeks that kept his mood swings under some control. Joe was also smoking cannabis, which gave him some escape from his misery. His carers were prepared to tolerate that, regarding it as a complementary therapy.

Eventually Joe was given a council flat half a mile up the road. Now two things happened, neither of them good for Joe. First, his care was transferred to a new CMHT, breaking the relationships he’d established with the previous team. Second, the new team had a completely different attitude to his consumption of cannabis.

As far as they were concerned, this was complicating his condition and meant he could no longer receive medication. This was partly because the psychiatrist in charge maintained it was aggravating his condition, and partly because the lead nurse was not prepared to enter Joe’s flat to administer depot injections, because cannabis – an illegal drug – had been smoked there.

The result was that Joe effectively received no medical treatment for more than two years, during which his condition deteriorated further.

His relationship with the mental health team became increasingly distant and fraught. Every so often, I would travel up to take Joe to see the doctor and sit in for a Kafkaesque conversation in which Joe would tell the doctor that he was miserable, needed meds and was smoking weed for relief. In response, the doctor would tell Joe that he was unable to prescribe medication until he stopped smoking weed. If Joe’s drug of choice was alcohol, or another legal drug, it is highly unlikely this would have happened.

Is cannabis smoking actually making Joe’s mental condition worse, as one psychiatrist maintains? Or is it actually providing him some relief, as a different team believes? But this is the point: nobody knows. Cannabis is an illegal drug, and has been since the 1925 Dangerous Drugs Act was passed into law with no review and no debate. Since then, any real investigation into its actual effects on mental health has been stymied, including an assessment of the varying effects of different types of cannabis.

Would Joe be better off taking medical-grade cannabis extract than smoking skunk? You might think so, but again we don’t know – and the law prevents us from finding out.

Joe was able to escape for a while when he had to move out to the West Country. A temporary change of mental health team meant that he was once more able to receive medication. But early in 2015 he returned home, back to the previous team and the same old regime. Once more he is stuck back in misery, smoking skunk to escape the tortures in his head.

One thing is certain. Eventually, Joe will be caught with a bag of weed, be unable to pay a fine, and end up in prison. And being in prison, or even just carrying the stigma of a criminal record, is surely going to make Joe’s mental health worse.

Is the government’s decision to turn someone who is ill into a criminal really as sophisticated as mental health care – and drugs policy – gets in 2015?