I‘m a mother to three children, and I almost learned too late about the real effect “tough love” has on addiction. I found my daughter’s drug use difficult to understand and cope with, and had not been able to engage with her successfully. Our relationship suffered as a result.

Late one evening, I received a call informing me that my daughter, Jac, was going to lose her life due to complications from her substance use. After that, I began reconsidering my views and actions around addiction. 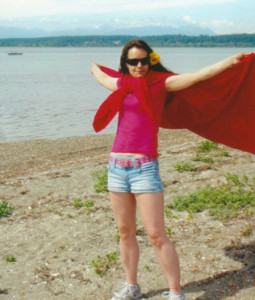 But I realized too late. It wasn’t until Jac was dying that it became clear to me that her addiction was covering up an undiagnosed mental illness. Using illicit drugs had been the only relief she ever had from the constant confusion going on in her mind. The drugs were what she depended on in order to simply function on a day to day basis. But what began as simply taking enough to feel relief, stopped being enough. The amount she needed grew and grew and grew – until they became bigger than she was.

Before she died, Jac was able to tell me that she didn’t want her life and the way she lived to have been for nothing. She wanted it to have a purpose.

So I’m doing what Jac would’ve wanted. I’m now dedicated to being an advocate for global drug policy reform, to ensure no other substance user, or their loved ones, have to go through the painful, hard-learned lesson that I underwent myself.

I’m a founding member and facilitator of the campaigning site Jac’s Voice, which focuses on living with addiction and mental illness, and I now work with mumsDU, a coalition of Canadian mothers who have lost sons and daughters to overdose and other drug-related harms, and Anyone’s Child International, which is campaigning to end the war on drugs. I hope we succeed.