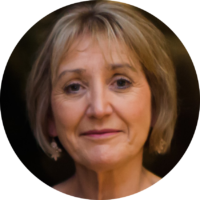 On February 19th 2016 my life was changed forever with one phone call.

A normal Friday morning at work turned into my worst nightmare, the woman on the other end of the line told me that this was the phone call every mother dreads… She went on to tell me that Daniel, my 20 year old son, was in her A&E department being resuscitated following cardio-respiratory arrest.

The journey to the large Manchester hospital eighty miles from the rural countryside of our Shropshire home is a blur, I think we – my husband and two older sons – travelled in silence, each of us in our own personal hell. Once there, the shock of seeing my beautiful child on life support in ITU is an image that will never leave me. We sat at his bedside for three days and three nights trying in vain to make some sense where there was none. On Sunday 21st February he became brain dead and the following day he became a multi- organ doner, donating his heart, liver, pancreas and both kidneys. We drove home that day leaving my precious child in theatre having his major organs “harvested”, and our lives changed beyond recognition. 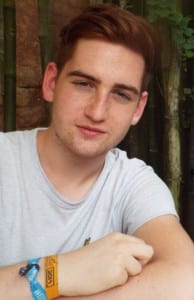 Daniel was the youngest of my three sons. I like to remember him as a happy, sturdy toddler with beautiful red gold curls. He grew up in the Shropshire countryside and was very proud to reach the height of six foot two inches making him the tallest in our family. He had a lifelong passion for football, both playing in local Sunday league, in school teams (usually as a goalkeeper) and supporting his chosen team of Burnley. Daniel loved all types of music and looking back, the music festivals he loved to attend throughout his teenage years were most likely where he first started to experiment with recreational drugs. I had of course had the usual conversations with him about the dangers of drugs, his response was always to laugh at me and tell me not to worry as he was not stupid. Like all young people he was bursting with life and no doubt felt invincible. He was a very popular boy with a large circle of friends, he loved to make people laugh and could also be a little reckless. I think he enjoyed the reaction he got from shocking people a little.

Daniel had started university in Manchester only five months before his death, he was just coming up to twenty so had had a little life experience by working in a phone shop. He came home regularly during those five months, including the Christmas holiday. We saw no change in his appearance or behaviour. He always took such pride in his appearance, loved expensive designer clothes, always smelled beautiful with his designer fragrances and his stunning auburn hair was always well-styled.

He had been home for reading week and returned to the university the day before we received the phone call. I had had my usual chat with him as he lay on his bed the night before – he had looked me straight in the eye and assured me that he was happy in Manchester, that he was on the right course and doing well. Less than twenty four hours later I was forced to confront the reality that it was all a tissue of lies and make-believe.

We discovered that Daniel had been using drugs with increasing frequency since his arrival at university. He had stopped going to lectures and was on the verge of being thrown out of the university. He had not paid his rent for the spring term despite receiving his maintenance loan. His bank account was empty with a £2,000 overdraft debt. In the following weeks when we cleared his university room we found he had sold most of his possessions. Even as I write this two years later I am staggered that we were all so blind to what was happening. There were four adults in our household and none of us had any idea of this secret life. Daniel kept his two lives so seperate that none of us had any suspicions.

The inquest finally told us that Daniel had died of an accidental overdose of dihydrocodeine (a prescription only painkiller). A small amount of diazepam and amitriptyline were also present which would have increased the risk. I have no idea if he knew what he was taking – probably not. Drugs bought on a street corner do not come with a label.

Before this happened to us I was very naive about the world of street drugs. I believed that I had brought my children up to be aware of how dangerous drugs can be. I believed that they were “good” intelligent kids who knew how to keep themselves safe. When Daniel went to university I believed that he would come home safe just as his two older brothers had done. I had no idea that drugs were freely available on our streets, on sale to anyone who has a few pounds in their pocket. My beliefs have been shattered along with the life I had then.

When a child dies for any reason it is a hugely traumatic event with a far-reaching ripple effect. When a child dies from taking drugs it is a taboo subject, the inference is that it is self-inflicted and therefore somehow “less” than death following illness or accident. No one asks any questions. There is almost a vague embarrassment that something like this could happen to a “nice” family.

My surviving sons live their lives under this shadow. Our family was devastated – I was unable to return to my job, after thirty-eight years as a registered nurse. My thirty-seven year marriage was not strong enough to survive.

I refuse to be ashamed of my son. I don’t want him to be just another statistic. Daniel’s life was precious, it had only just begun when it was cut short.

I truly believe that if recreational drugs were properly regulated and not left totally in the hands of criminals he would be here now – graduating from university, travelling, pursuing a career, having a family of his own.

I will never know if the threat of police involvement and a possible criminal record prevented his girlfriend from calling for help sooner.

I support “Anyone’s Child” because I want to help prevent the senseless waste of our children. Daniel could have been anyone’s child, but he wasn’t, he was my child and I miss him everyday.