Come to our Drug Policy reform training workshop and equip yourself to become an active campaigner for safer drug laws.

Building upon the success of our three Regional Drug Policy Reform Meetings in South West Wales at the end of last year, we are running two activist training days for those wishing to develop their knowledge and campaigning skills.

We will be looking at how we can campaign together to raise public awareness of the need for policy reform and to show our politicians and other representatives at different levels of government, policing and the treatment services, that there is widespread support for, and evidence in favour of, change.

We will provide you with skills and knowledge needed to campaign for change in South West Wales. The training will include practical advice, short presentations, interactive sessions, and briefing materials to take home. There will be plenty of opportunity for active participation in presenting evidence and engaging in debate.

The training will be suitable both for those new to political lobbying and for more seasoned activists. It will cover the basics of how to make the case for the legal regulation of drug supply, how to lobby politicians and other representatives, how to find common ground with and convince your MP of the urgent need for change, and how to link policy to local issues of public concern such as the spiralling numbers of drug related deaths in South West Wales, the increase of drug consumption, the abuse of children in County Lines, the proliferation of complex and dangerous new drug types, and the need for easier access to regulated drugs, particularly cannabis, for medical uses. Dedicated sessions will focus upon immediately necessary policy innovations in our region such as the provision of safe injecting and drug testing facilities and the use of heroin assisted treatment.

Help us to end the drug war, protect families and save lives. The two Training Days will be followed by the formal launch of a South West Wales Drug Policy Reform Activist Group later in the spring which will campaign and organise events in South West Wales to spearhead reform.

Please register today for one of the training sessions. 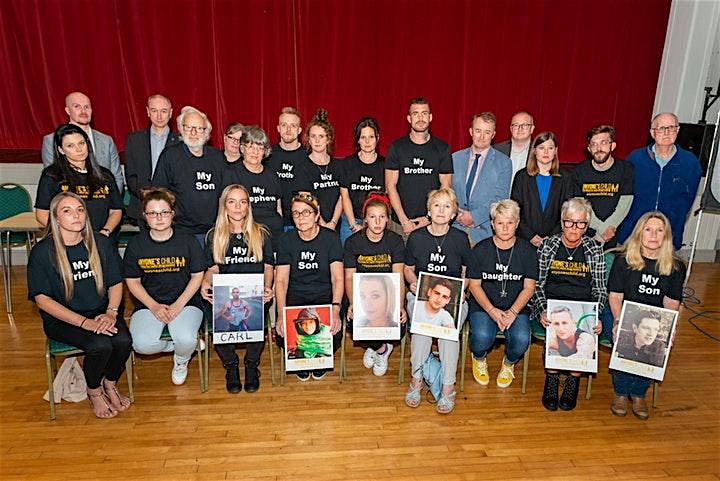